There are about 143 accredited pharmacy schools in the United States with approximately 62,504 enrolled students (source: AACP). Continue reading to hear one student’s story about her pharmacy school experience.

Today’s student story is brought to you by Makaela Premont. She is currently in her last year of pharmacy school and has known since high school that she wanted to become a Pharmacist. 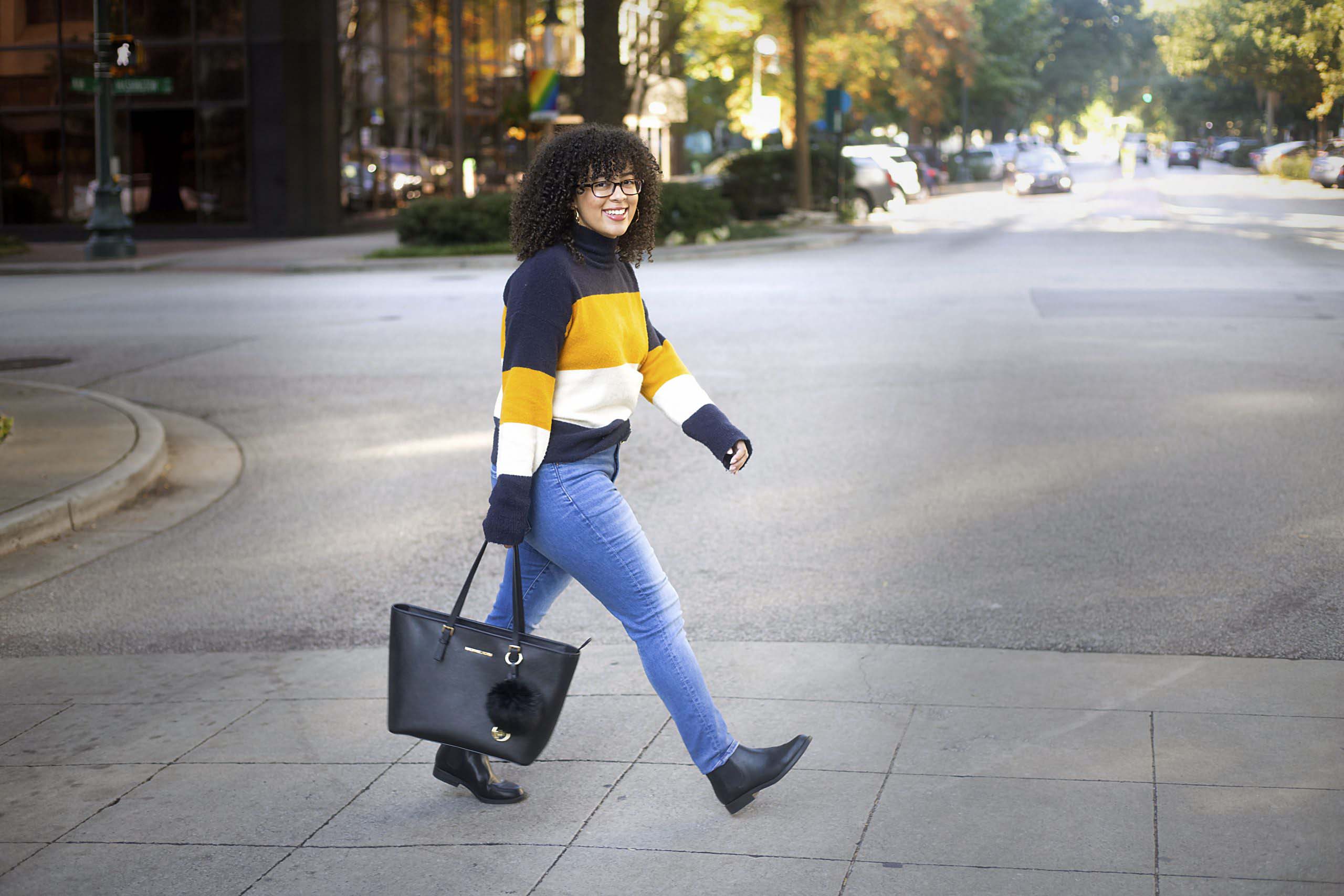 I have a relatively boring story about how I ended up deciding that I wanted to be a pharmacist. Back in high school, a good friend of mine who was older mentioned that she was interested in becoming a pharmacist and the benefits behind it. At the time, I had no idea of what I wanted to do after I graduated. I knew that I liked the idea of becoming an oceanographer or working in the healthcare field. The only caveat was that I didn’t want to touch people or be near bodily fluids. I have a light stomach, and I’m prone to fainting. When my friend mentioned the idea of becoming a pharmacist, I didn’t really think much of it until a few years later when I moved during my senior year of high school.

I’m a military child so moving around was normal for me, but I ended up transferring to a civilian school that had a pharmacy technician program that students could take. Thankfully I had too many credits that allowed me time to attend the technician program, which is where I fell in love with pharmacy. After I became a technician, I knew that pharmacy was the career for me.

I applied to three universities in Georgia, South Carolina, and Alabama that all had pharmacy programs and a Navy ROTC program (a program that I was pursuing at the time). So in a nutshell, I started undergrad with a clear understanding of what I was going for.

Picking an Undergraduate School with Pharmacy School in Mind

I picked my undergrad program with pharmacy in mind and only applied to colleges that had a pharmacy school. My goal was to do the first years of pre-pharmacy courses and then just transition into the pharmacy program at the same college.

Every pharmacy school requires certain classes to be eligible to even apply for their program. Just like everything else, every school’s requirements are very different from one another. Some schools even have a specific advisor that you use if you have declared pre-pharmacy as your major. I highly recommend figuring out what programs you want to attend, and take classes based on their requirements. Otherwise, you can easily end up wasting a lot of time and energy if you don’t. 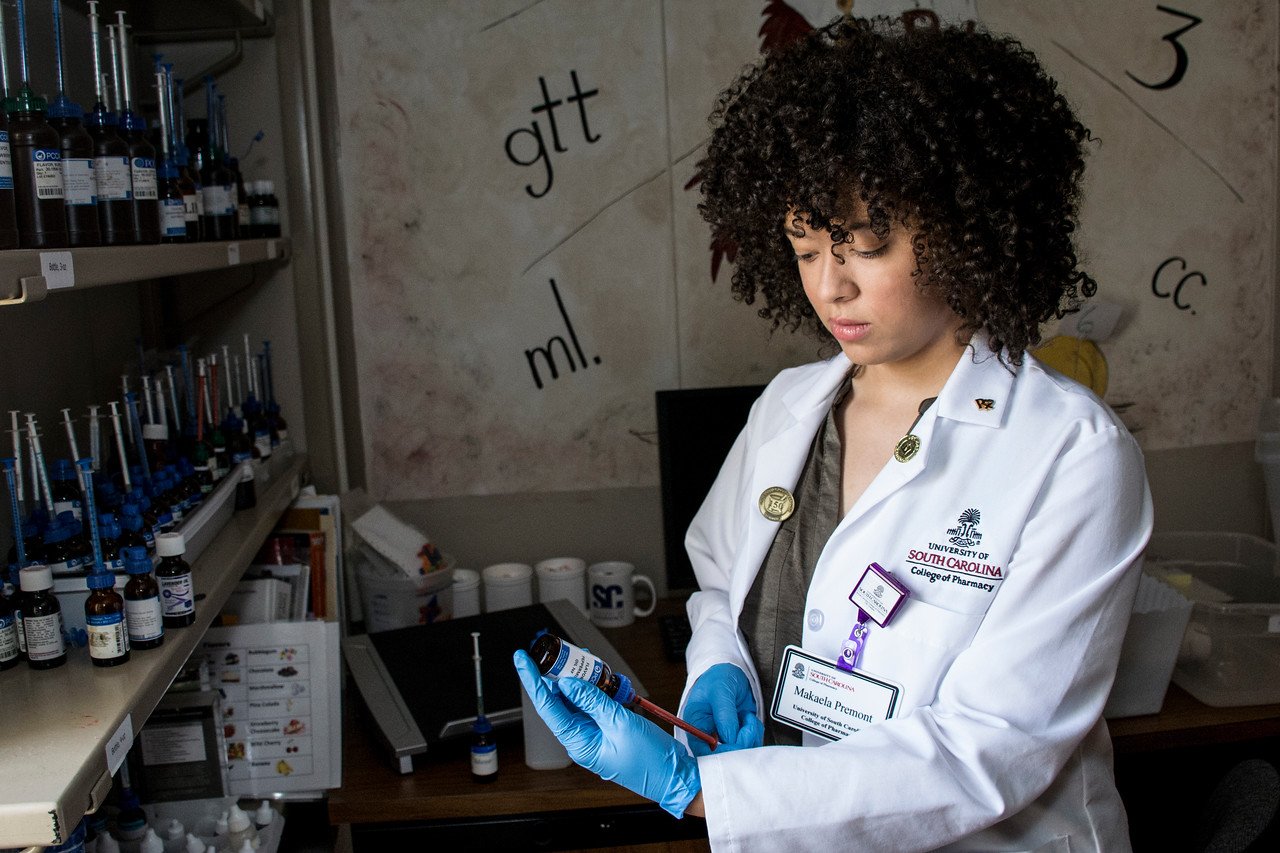 Each school’s application is going to look a little different, but most schools require you to fill out an application on PharmCAS and to take the PCAT exam. The PharmCAs system is a lengthy process where you have the opportunity to show why you would be a great fit for pharmacy school. Think of it as a job application but much more intense and stressful. Then you may also have supplement essays and applications that the individual school may require.

The PCAT exam is basically the MCAT for medical school but this one is for pharmacy school. It’s very similar in terms of set up but it’s definitely something that you’ll have to study for (typically a month or two beforehand).

I’m not going to lie, pharmacy school is expensive and there’s not a lot of scholarships/grants for students. The few that are available are typically school-specific and are not a lot of money (maybe $500-1k per year), which in the grand scheme of things is nothing. For students who are able to 2 years of pre-pharmacy before going straight into pharmacy school, you’re looking 120k-200k for a four-year program. Of course, this number range is specific for your state, program length, and whether or not it’s a state school or private.

I believe that around 115 students started with my class and now there are about 105 students remaining. Most students who drop out or who fall behind are typically due to grades or for medical reasons. You have the opportunity to take a year off for medical leave if you or a loved one are going through a rough time medically. This has happened to a few students and part of the reason why we’ve gained students from the class above me as well.

Now on the flip side, if you fail two or more classes in one semester, you are automatically held behind and are put in the class below you. This is because you only have one more chance to retake the class again and they are sometimes not available during the summer months. It’s basically two strikes (for the same class) and you’re out. You’re kicked out of the program entirely and can’t reapply for any pharmacy school for five years, I believe. This is of course for my particular school and may be different for other programs.

After you have graduated from pharmacy school, you do have the opportunity to pursue a residency where you can specialize in different areas in the hospital setting, ambulatory setting, and retail. These residency programs are one year long, and you can go for two years if you would like.

I am personally not going to specialize in any specific type of pharmacy at this current time. Simply because I have no idea what I want to do right now because I enjoy so many areas in pharmacy that it’s hard to choose just one. After graduation, I’m honestly just going to go with the flow and see where I end up. I’m open for an adventure! 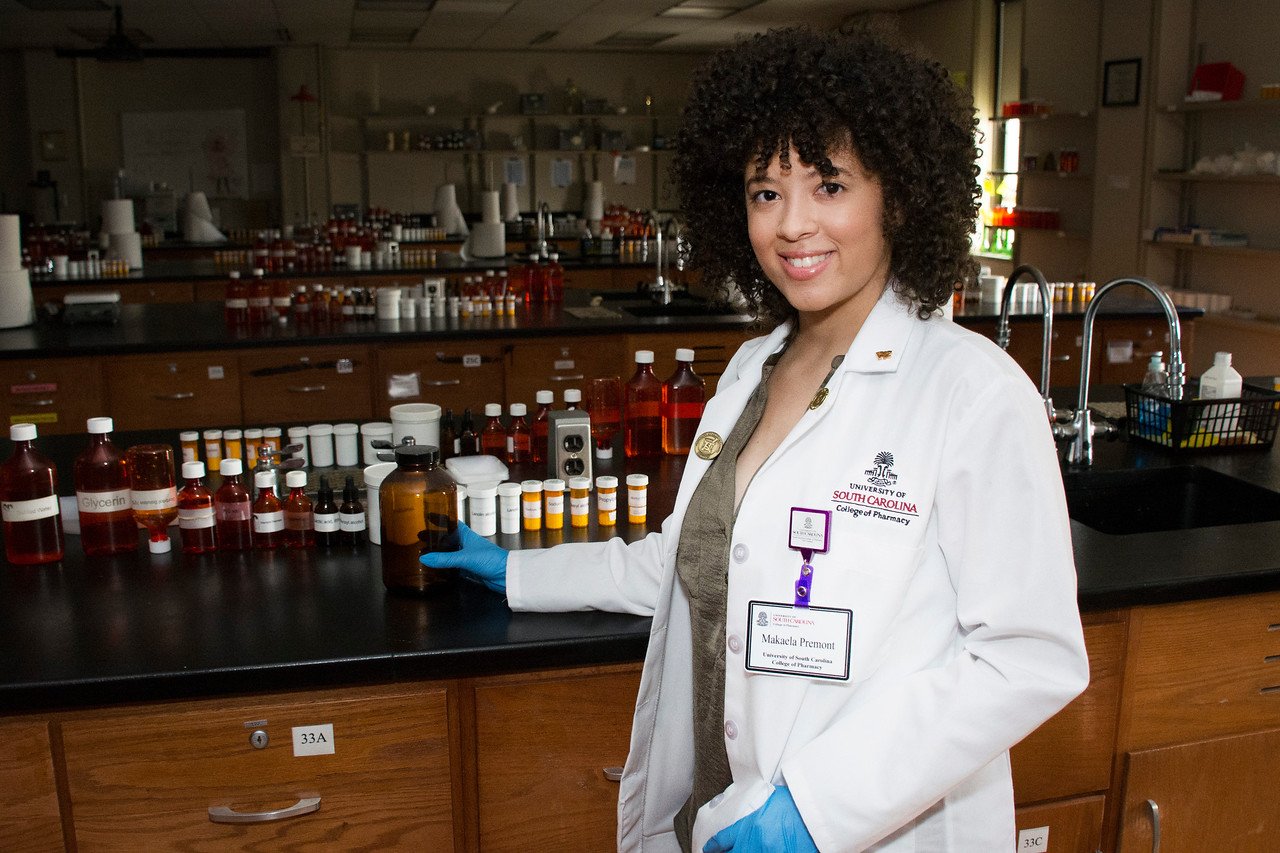 The Best Thing About Pharmacy School

I personally had a rough time through the past few years from the many ups and downs in my personal life. But if I had to choose my favorite part about pharmacy school, it would have to be the people that I’ve met along my journey. From professors, classmates, and preceptors, everyone that I’ve encountered has been a blessing and has truly made a difference in my career path. Pharmacy is a tight-knit community and the people in my life were always looking out for me in the best way possible.

The Most Difficult Thing About Pharmacy School

Most people might think that the course work is the most difficult part of pharmacy school, but honestly, it’s not that bad. The most difficult thing is figuring out a study technique that works for you and managing your time effectively. When I was in undergrad, I thought I had my study routine down pat. But pharmacy school is an entirely different beast that requires a completely different routine.

You’re going to be thrown a lot of material all at once. Being able to manage your time effectively is definitely the most difficult thing about pharmacy school! When I was going through pharmacy school, I was working two part-time jobs (roughly 20-30 hours a week), was involved in organizations, had a social life, and somehow found time to also study! I promise you can have a life in pharmacy school! It is totally possible!

Handling Stress While in School

Everyone is going to handle stress in different ways, but the one thing that I really enjoyed doing was hanging out with my then-boyfriend (now fiancé) and our pup, Ava. I would also study for 20-minute increments and give myself a 5-minute break by doing something that I enjoyed. It could be as small as watching a Youtube video from my favorite Youtubers or something larger like taking my pup to the dog park.

The best advice that I can give about balancing stress while in school is to allow yourself time to breathe and not study! You will quickly burn yourself out if you study every minute of every day. Trust me, I’ve been there done that and it wasn’t fun. 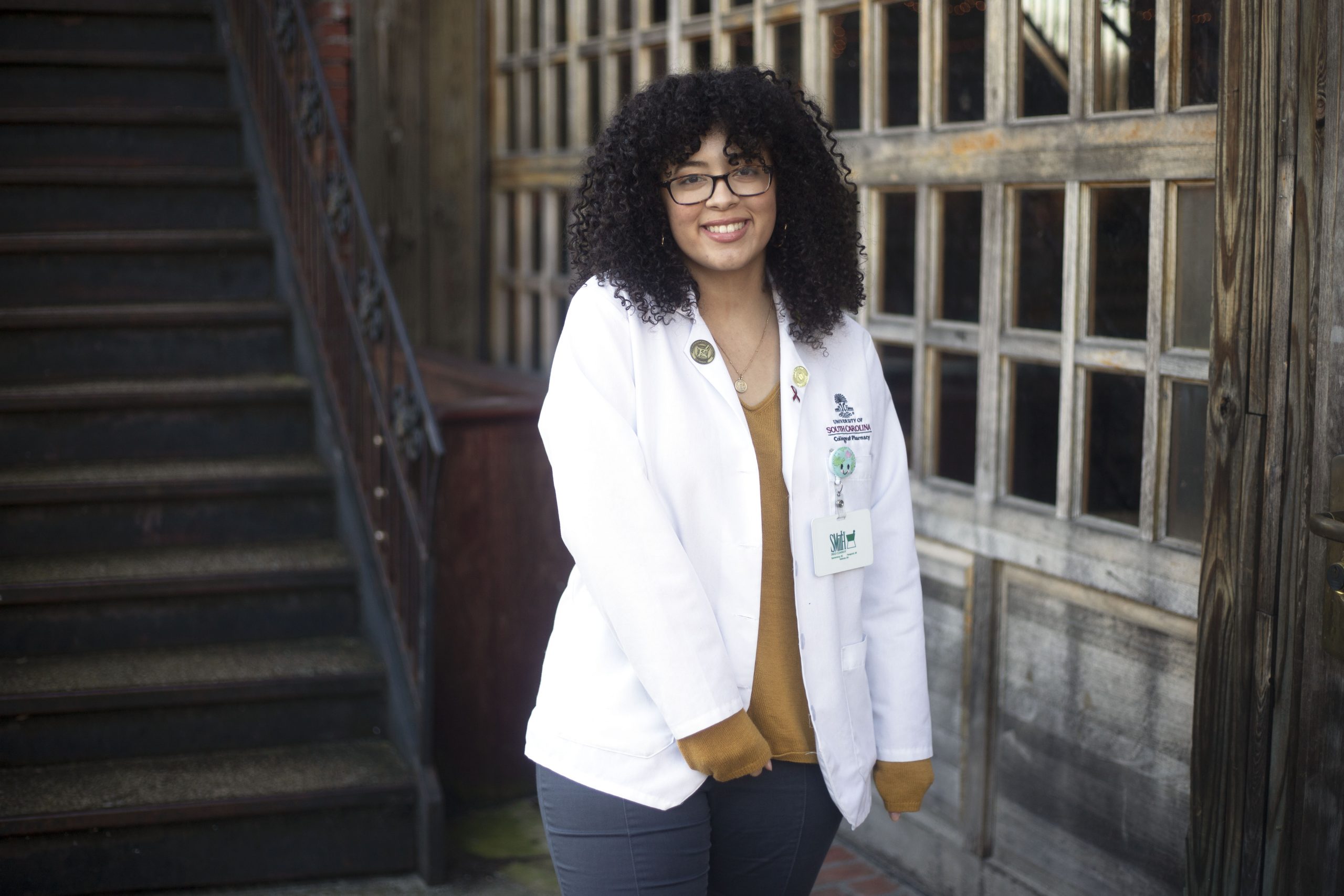 My biggest goal after graduation is to one day open up my own independent pharmacy that has multiple locations across the US. I have a big entrepreneurial spirit and love the vibe of local independent pharmacies have in the community. Smaller pharmacies can have such a huge impact on the community, and it’s something that I would love to do one day. That’s probably my biggest goal that I have other than paying off my student loans. Yay for those right?

Oh, I almost forgot! I want to also one day travel to every country in the world with my little family. I’ve already traveled to about 50 countries before the age of 20. I was lucky to have parents who are in the military and took me along for all of their adventures when I was younger. I would love to complete the journey and do it all over again.

Advice for Those Pursuing Pharmacy School

If you’re interested in becoming a pharmacist, don’t get into this career path if you only care about making a six-figure income. Do it because you care about helping others and making a difference in your community. Over the last decade, the pharmacy world has become oversaturated, which makes finding a job tough and the salary is not as high as it used to be. You really have to put in the effort to make yourself stand out in the sea of applicants.

Pharmacy is also going through a transition right now, which I won’t go into, but be ready and be receptive of the changes that are happening. Because if you’re not open to it, you’ll be left behind in the dust.

Why I love Pharmacy

Every day I get the chance to do something that I love to do and something that changes so many people’s lives for the better. If you’re interested in this field, take the opportunity to become a pharmacy technician first so that you can get your toes wet and see what pharmacy is really like. It’s not all about counting pills and putting medicine in a bottle. It’s so much more than that, but you won’t get to see it if you never set foot behind the counter in the pharmacy.

Makaela is a blogger at Uniquely Mickie where she shares Life, Travel, and Style content. You can also find her on Instagram @uniquelymickie. We’d like to formally thank Makaela for sharing her Student Story here on Bloom + Amplify. 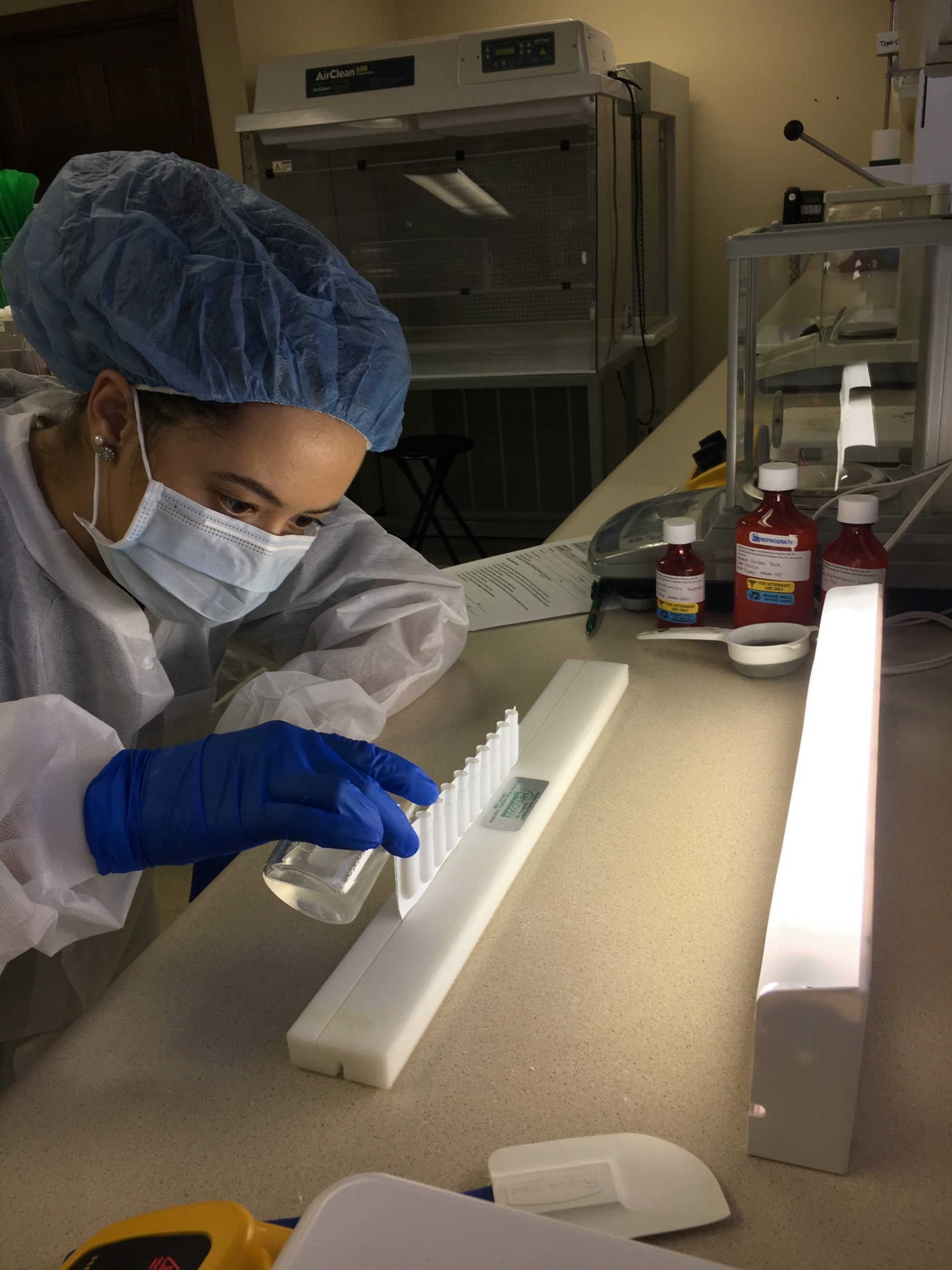 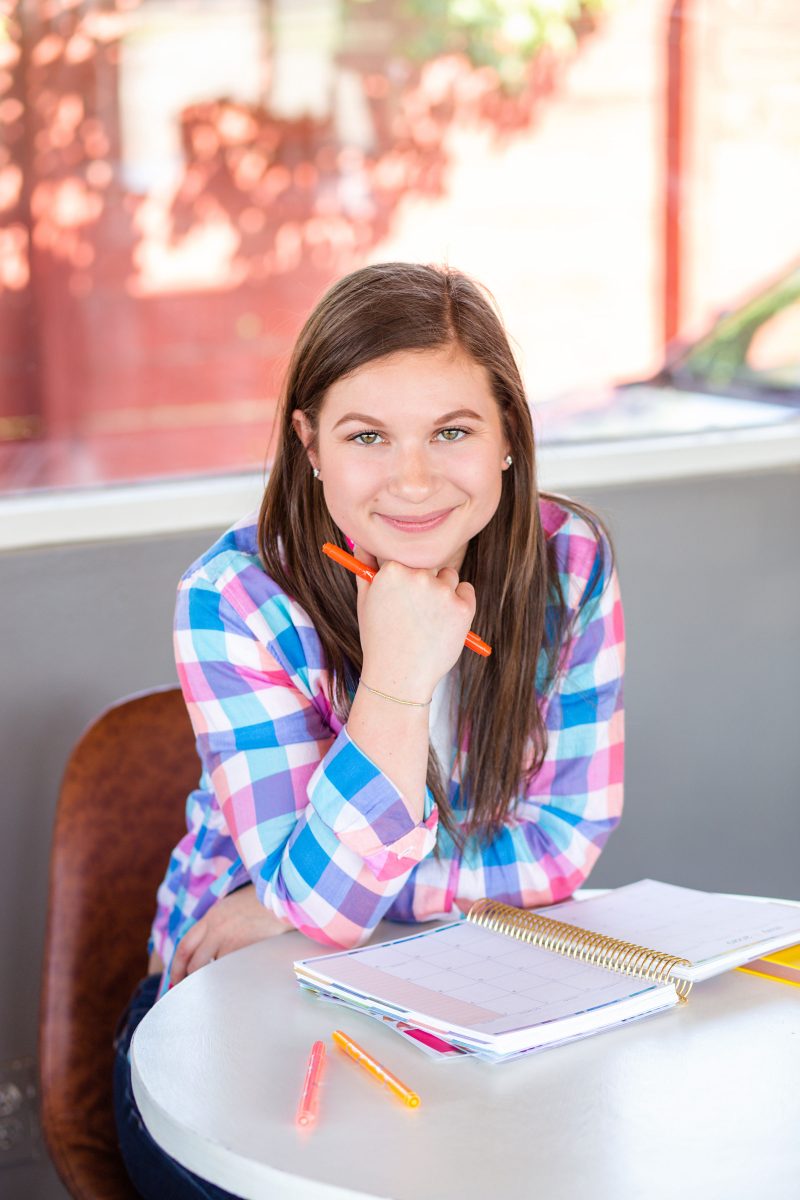 A college blog once earning the namesake of our founder, Hayle Olson, has grown roots and sprouted into Bloom + Amplify. 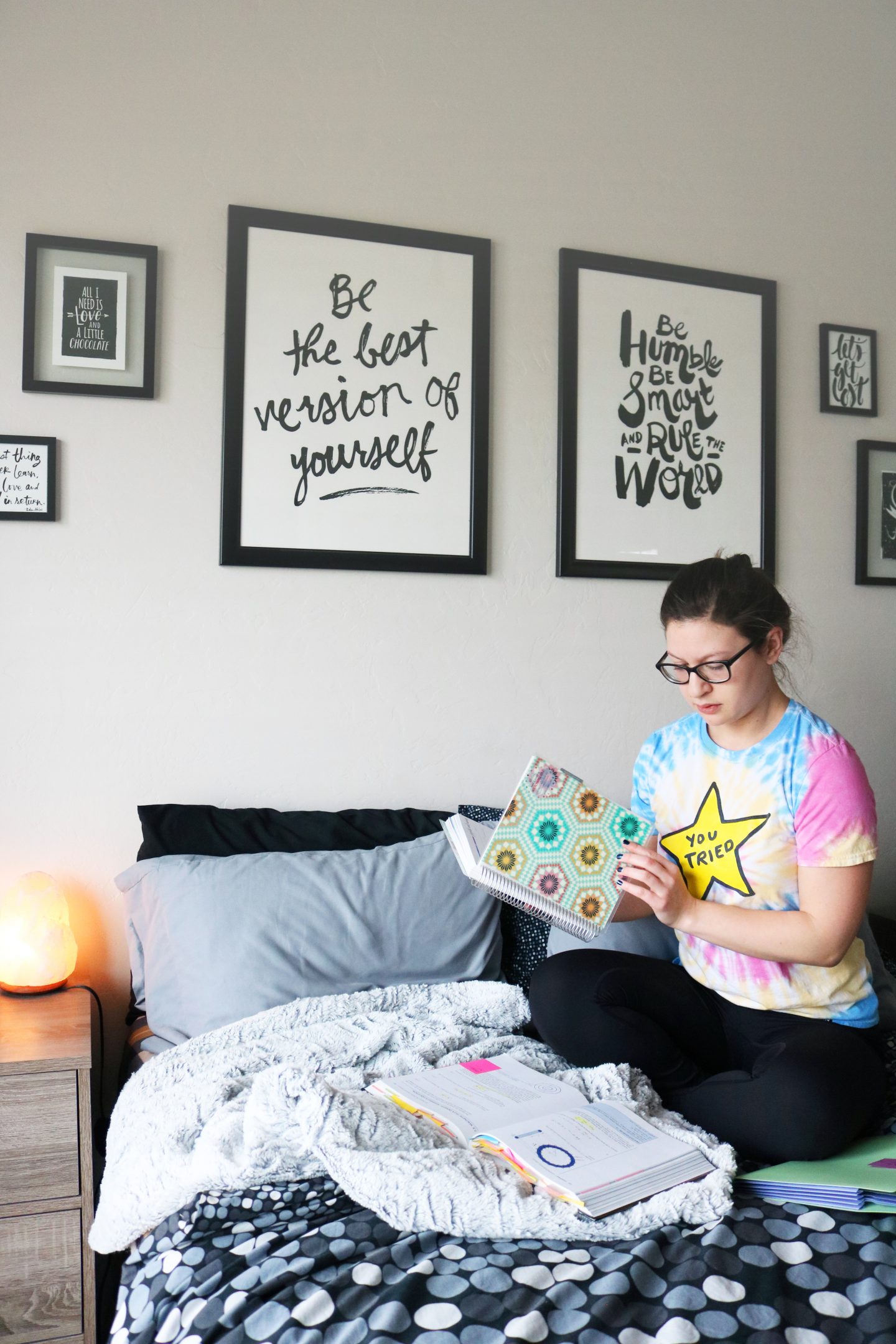 7 Tips To Acing Your Next College Class